Mondays are usually groggy and tiresome as is, but when this letter dropped onto my facebook feed, well, it made my Monday a bit more tiresome:

In case my name didn’t tip you off, I am uh, how do the politicians say it - of Chinese descent. Racism doesn't generally shock me, but there was one line that changed my mood - “including Coquitlam and beyond”.

This type of thinking resides in Coquitlam?

The same Coquitlam that customer support agents laugh at as they spell it out on the phone?

The same Coquitlam where you can find the one of the most deliciously fried chickens (as long as you wait 20 minutes) at a place appropriately named Austin Fish and Chips?

The same Coquitlam with more dental offices than any other city I've ever seen?

I was raised in Coquitlam. Smack in the middle of Como Lake and Linton. I went to Hillcrest Elementary (it became a middle school later), followed by Port Moody Secondary, and then I lived in Port Coquitlam for a decade. After that, I moved back to Coquitlam with my wife and dog. I’m more Tri-Cities than anyone I know. This is home. This is all the home I know. And this is shocking because for anyone that actually grew up in Coquitlam, they’d know this - walk in any high school in SD43 at any given time, and Mandarin, Cantonese, Korean, and Punjabi fill the halls. We're not buying empty houses, we been here a long time. Diversity isn’t a tagline in Coquitlam, it’s a statistic. And statistics show 21% of Coquitlam as Chinese and 50% as ethnic. The teachers did a good job - they taught us to respect one another, period. If you went through our school system, you’d have to work real hard to only like your own ethnicity, because having a multicultural class is guaranteed, and everyone I know here has friends of different colours.

But hey, it’s Monday, and I’m tired. I lost my basketball game last night and my out-of-shape behind is sore. I’m tired of whining...

But I’m also tired of staying quiet. I’m tired of going to private WhatsApp groups (not all of us use WeChat) and whining.  I’m tired of hopping in an Asian circle and throwing shade. I’m tired of reciting “sticks and stones will break my bones but words will never hurt me”. Because words do hurt. Words reflect attitude and mentality. Look, being told to go back home when Coquitlam’s all I’ve ever known hurts. It took me 30 years to learn how to spell the term representing red fish up the river, and now you want me to learn how to spell Guangzhou?

Most of all though, I’m tired of ‘us vs them’. Our society loves this. If you’re a Liberal, well, aren’t Conservatives the dumbest group of people ever. If you’re from Vancouver, there’s no way you can admit the Leafs are good. Using that logic, if you’re Chinese - well all other races must be inferior then.

Our parents' Chinese generation were generally told to keep their heads down, work hard, and stay out of trouble. Let the results show for themselves. But that next generation, yeah, the millennial twitter-fingers generation, we’re here to fight where our parents didn’t. You hit us in the mouth, we’ll hit back down below. Let’s do that shouting match! We ain't afraid of nothing.

But this type of thinking presumes that one side will triumph and one side will fall. And the truth is, if we keep thinking and acting like this, trading shot for shot, we'll all lose.

What is most damaging isn't the name calling. It's how divisive the note is. It suggests to me and other people of my race that everyone else who isn't the same colour as me actually thinks this way. It forces me to fight back with my own version of hate. This is where the author of that ill-advised note is dead wrong.  From my 30 years of roaming the Tri-Cities, and I've met people of all colours, religions, shapes, and sizes - most of us don’t actually hate anything this much, except maybe traffic (and we're pretty united on that).

Earlier this year, my very Chinese church experienced a tragic loss. It was hard, and it’s still painful to even mention it. I really don't want to talk about it, but in the lowest of lows, Coquitlam showed its true colours. And man, it was all sorts of colours. Flowers were delivered, notes of encouragement came from strangers of all races from all over the city. I’ve personally experienced so much goodness and hope from this city. It's not that I'm naive, there is indeed hatred beneath the surface, but there is so. much. more. goodness. that never gets talked about.

And our very Caucasian Coquitlam mayor? Well, he was there too. Not when the cameras were in - no, this isn't about PR. He was there quietly at our service the week after, standing side by side with the young and grieving. I met him again last week and him and his wife gave me all the time in the world. That’s the Cow-Quit-Lamb I’m proud to be a part of. 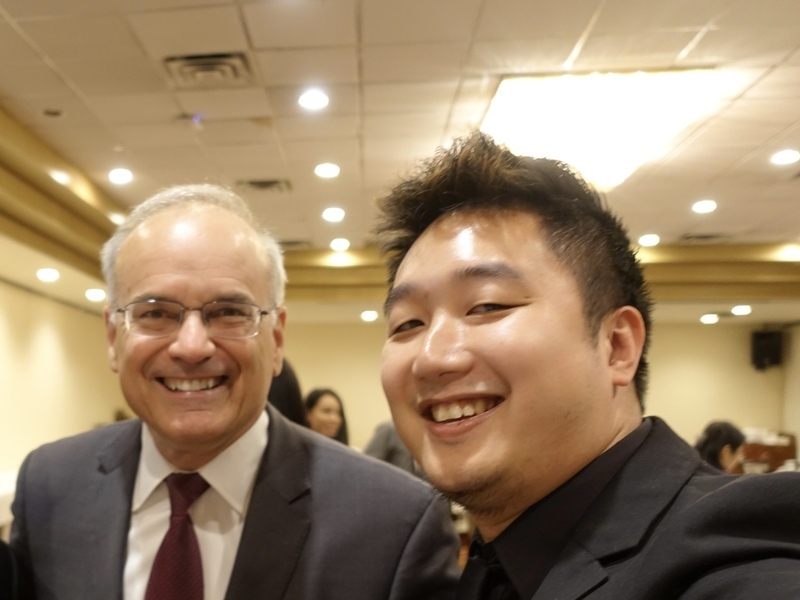 This isn’t about politics. I couldn’t care less about who you vote for. I don't even know when the next election is. It’s bigger than than that, it’s about being human - that on some level, we’re all just neighbours, walking the earth amongst a whole lot of hurt and sadness, learning our place in all of this.

To Winnie and all my Chinese and asian friends who saw the letter and are hurt - I feel for you. It stings - and please feel free to let it marinate a little bit, because it’s not okay. We shouldn’t let it slide because if we under-react to something like this today - who’s to say what’s coming tomorrow? It’s not a ‘let it slide’ moment. But if I can also humbly say, we also shouldn’t over-react and fight anger with anger - evil with evil. May we  “hate what is evil, but cling to what is good”. And most of these people in Coquitlam I've come to know and love? There's a lot of good here. Not everybody thinks this way. Most don't. Actually, I'm willing to claim that there's very, very, few. Don’t over-react, or under-react. Simply, react.

So 1000 words later, here is my reaction to the person who penned this letter.

Yo, what is wrong with you my dude? I mean this sincerely. What happened?

I know life sometimes can throw curveballs, just ask any mother who’s ever had a miscarriage, or someone who’s been unfairly fired. I’m not going to lie, sometimes I get angry too, and I blame whoever’s nearby. I’ll curse under my breath and if I’m mad enough, I might even tweet it out. I'm not proud of it.

But to write a letter, and then actually send it to a stranger? That’s gotta be a Kobe-sized piece of beef you must have.

Maybe its tough being you, I get it - housing ain’t cheap for anyone these days. And I’m not going to pretend that I know what you’ve been through, but frankly speaking, you also don’t know me well enough to throw that much shade my way. You say you have no need for me, but I’m working hard every day at creating more jobs for Canadians so that we can all eat. It doesn’t mean I’m good at it, but I’m trying. We can chat about that if you care.

And not just me, but my grandma? Yeah, I get that she can be loud at dim sum and stuff, but trust me - you won’t win an argument if you start with her. Kidding aside, she's like 80 dude, let her have this one. Besides, she lives with my parents in a small 2 bedroom apartment. Her going away is not the answer to your problems. What about my buddy's infant daughter? What could she have possibly done to deserve this? These are the people you're calling out.

I really hope that you can find someone to talk to privately about all of this, ‘cause it sounds like you feel the need to be heard. Not just someone who will agree with you or someone who will judge you, but someone who can truly listen. And not just the housing stuff, the real stuff.

The stuff that's really causing you to suffer. I mean, you could talk to me too, if you feel like messaging another Chinese stranger on the internet. Don't get me wrong, there's no part of me that  agrees with what you said about “my people”, but let's be real, there’s like a billion of us, we'll be okay. We'll get past this. I’ll get past this too. Will you get over whatever’s been bothering you though?  Cause from the vibe I'm getting, the kinds of issues that are bothering you seem pretty macro. It seems like the kind of problems that require people with differences to come and work together.

It’s not you vs. me. And you know, there’s a part of me that wants me to hate you and rip on you - but there’s an even bigger voice telling me that you’re not the enemy, and I'm here to tell you I'm not your enemy either. From the sounds of it, you're like the rest of us, just trying to figure life out.

So here’s hoping that you get the support and love that you need.